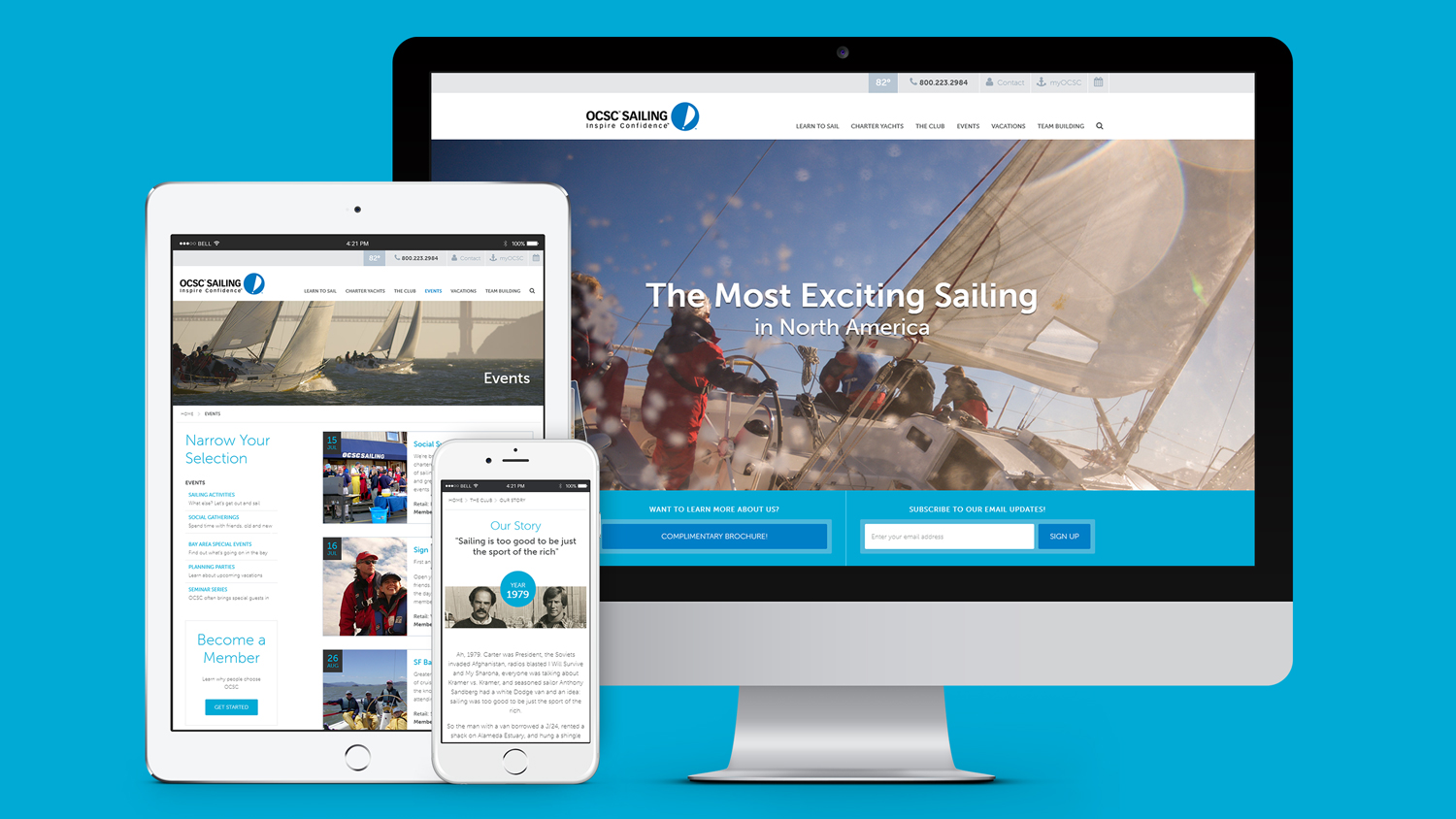 In my time as graphic/web designer and marketing strategist for OCSC Sailing, the largest project was a revamp of the company’s old website. The previous site had years and years of archived information, resources, and scheduling functionality that needed to be sorted through and consolidated.

The site’s code was messy from over a decade of developers touching it, and there was no content management system that other employees could use to make important and timely updates without going through an in-house web developer. On top of that, the site’s SEO was struggling because most of the layout was not responsive, or in any way mobile friendly.

The journey to launch was one puzzle after another. In my initial design stages, I audited all of the functions ingrained in old web space. There were wind, tide, and weather trackers that were out of date, schedules long expired, and flat-out inaccurate information and data. After reaching out to staff and members of the club to assess what was vital and what was fluff, I refined the website’s structure and assets down to what was actually in use. I then redesigned the entire site layout to be more modern and easier to navigate, and made sure responsiveness was kept in mind from the beginning. The result is a website that’s more pleasant to browse, friendlier on the eyes, and organized with intent.

The old website was clunky, lacked hierarchy, and had a severely outdated aesthetic. Although lacking in best design and development practices, members of the club were very much used to it. This was taken into account. 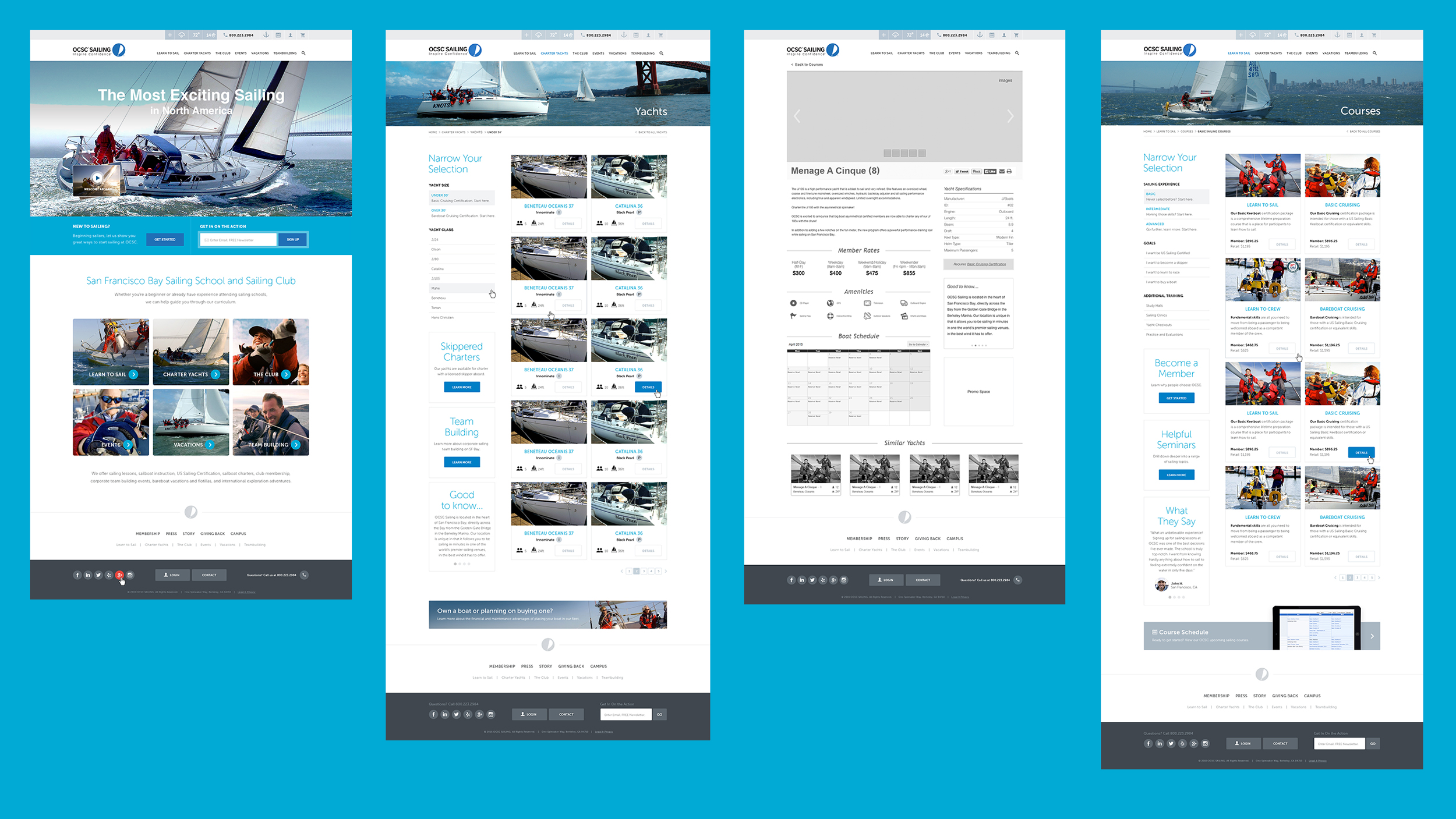 Wireframes and fully designed mock-ups were made in the early stages to ensure all of our templates and use-scenarios were accounted for before we began on development.

I played a large role in the development process as well. I ended up building on Expression Engine, which was a departure from my usual WordPress development. While in development, I was also learning their syntax and language so the templates could properly communicate with the back end. This was a fun challenge as learning new tags and code is always an exciting process! The biggest problem was Expression Engine changing their syntax in an update, so myself and another developer were faced with the challenge of fixing our old templates to become functional again. I’m happy to say we succeeded!

Back to recent work